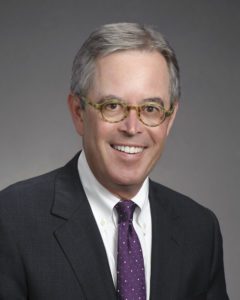 Widely recognized at the State Capitol, Fred Noteware is a veteran lobbyist with more than four decades of experience drafting legislation, developing strategy, negotiating with policymakers, and testifying before legislative committees.  His advice is routinely sought from legislators, staff, administration officials, and “third house” colleagues.  He has a precise understanding of the rules governing the legislative process, and a keen insight into the intricacies of policy making.

Noteware Government Relations is among the Capitol’s most respected firms, given its commitment to ethics, respect for the institution of the Legislature itself, and attention to detail.

Before founding the firm in 1995, Fred lobbied for the California Medical Association, where he focused on the issues of allied health, prescription drugs, public health, and HIV/AIDS treatment.  He also assisted CMA on budget-related issues, managed care, and Medi-Cal.  His key role in fighting legislation allowing optometrists to prescribe drugs earned a distinguished service award from the California Association of Ophthalmology.

After graduating from the University of California at Davis in 1978, Fred worked in Washington DC as Legislative Assistant to California Congressman Norm Shumway.  He returned to California in 1980, serving as State Senator Ken Maddy’s chief legislative affairs coordinator.  In 1983, Governor George Deukmejian appointed him Deputy Secretary for Legislation in the California Health and Welfare Agency, where he was the Secretary’s lobbyist and coordinated activities among eleven different constituent departments, the Department of Finance and the Governor’s Office.  In 1985, Fred became the Director of Programs and the Director of Public Affairs for the California Housing Finance Agency (CHFA), where he managed program personnel for underwriting, originating, and servicing single-family and multi-family loans.

Fred and his wife live in Sacramento.  He is an Elder in the Presbyterian Church (USA).

As N&R’s Operations Manager, Jennifer Molash is responsible for the logistical planning of the firm’s fundraising and legislative events, including its annual client retreat. She is also responsible for managing the firm’s administrative and personnel functions.

Jennifer brings with her an extensive background in client relations in the electronics distribution and product sales industry, in addition to her most recent experience as a legal assistant. Jennifer is proud to be among colleagues who are completely dedicated to their clients’ issues.